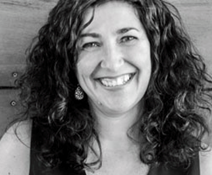 Nanotechnology in biomedicine: reality or fiction?
Abstract:
Despite rapid advances in the molecular profiling of cancer and its targeted therapy, the lack of sensitive and affordable assays for early diagnosis of aggressive primary cancer and recurrence is the most important obstacle to curbing mortality by cancer. Our lab is focussed in the design of nanodevices for cancer diagnosis and therapy. Our research team has designed several strategies to conjugate efficiently therapeutics and diagnostic cargoes to engineered nanoparticles (NPs). Relevant cargoes such as proteins, oligonucleotides, both DNA and RNA, peptides, drugs, sensors and fluorophores have been conjugated to them and successfully delivery inside cells. Furthermore, by gene expression and proteomic profiling studies, was shown that nanospheres did not induce significant alteration of nanofected cells. Recently we have developed a method to determine the doses of NPs in a reproducible and reliable manner.
In the field of biomedicine, nanotechnology has raised a growing interest, as it promises to solve the drawbacks associated with conventional therapeutic agents. After several decades of technological advances, drug delivery systems based on multifunctional nanoparticles have emerged as a great promise.
This presentation will describe nanotechnology based therapies against cancer that are currently in clinical use and in clinical trials and the contribution of our team NANOCHEMBIO to this area of research. Herein our more recent developments in the design of multifunctional nanoplatforms for cancer therapy and diagnosis will be presented.